The Reality of Heaven And Hell

A study of Scripture reveals as much proof for heaven as for hell. 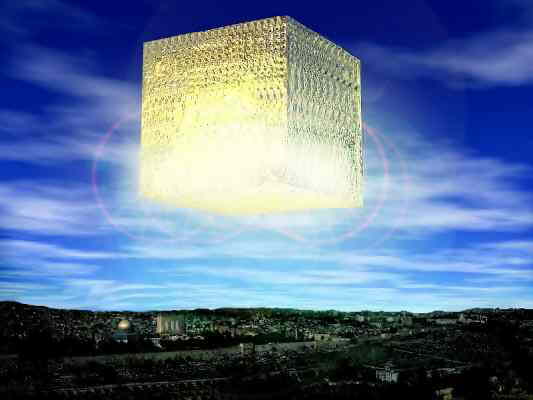 The same logic which closes hell annihilates heaven.  There are those who like to feel that beyond this vale of sin and sobs there is a blest abode for all mankind.  Any thought, however, of a place of unrelieved anguish and torment is unacceptable to those who hold only to the love and goodness of God.  They accept the reality of heaven, but reject the certainty of hell.  But in unmistakable language, the Bible declares the actuality of both places, and man can choose one or the other.  Hell is the final abode of all those who live and die in their sin.  Heaven is the final abode of all those redeemed by the blood of Christ, and regenerated by the Holy Spirit.

The alternatives of Scripture must be faced.  After death there is 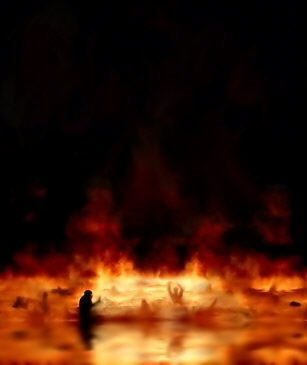 destiny.  This destiny has been set down as one of two alternatives known as heaven and hell.  There is a state of unbroken peace and unflawed joy in the presence of God for the redeemed; or there is a sentence of banishment from God's presence to a state of misery and dread.

Moreover, these two states of being are declared to be absolute, fixed and eternal.  We have the clear and authoritative teaching of our Lord Himself regrarding this twofold, fixed destiny.  Details are omitted.  The certainties are set down so that no man can miss them.  the details are treated with a divine reserve.

Take, first of all, the explicit parables of judgment: "The great gulf fixed, so that no one can pass from one state to the other"; "the door shut which cannot be opened"; "the outer darkness where there is weeping and gnashing of teeth."  These set forth the one destiny, namely that of unspeakable anguish and woe.

The other destiny declared to be a state of close fellowship with Christ can be seen in the following:

described as the entry into a life with the angels of God - It is affirmed that reward is to be consummated and that we shall be forever with the Lord (I Thessalonians 4:17).  Jesus spoke of "Abraham's bosom" with its close and tender fellowship; He spoke of "My Father's House" with its many rooms of shelter and rest, of "Paradise" in whose garden men may walk with God in the cool of the day (John 14:1-3).

There is a sharp, emphatic division in the teachings of Christ which is somewhat repugnant to the modern mind.  He speaks not only of heaven where ancient dreams as substance are, but of hell, that dreary abode, where "the worm dieth not and the fire is not quenched." There are wheat and tares, good fish and bad fish, sheep and goats; loyal and disloyal; saved and lost; those who do His will and those who do it not; children of God and children of the devil.  Each soul goes to its own place.

It has sometimes been said that a wise discernment does not see all men to be either black or white, but observes many to be gray.  As an earlier writer puts it, there are not only sheep and goats but alpacas, which are in some regards like sheep, in other regards like goats.  But the highest authorities both in natural science and in religious distinctions have only a two-fold classification.  Jesus distributes the gray either among the black or among the white.  "For me...Against Me!"  So we have truth and falsehood, heaven and hell.

The Roman Catholic Doctrine conerning Purgatory is rubbish.  In Purgatory, which can only be entered by those whose final destination is heaven, men are made fit to be with the saints through purification by suffering.  But as Article XXII of the "Church of England" says: "The Roman Catholic doctrine concerning Purgatory is a fond thing vainly invented and grounded upon no warranty of Scripture, but rather repugnant  to the Word of God."  Doubtless this system is a source of much wealth to a corrupt church, seeing that the prayers along with the pounds (or dollars) of course, of the living can hasten the exit of the suffering from their purgatorial flames.  Thus Tetzel's cry: "When money clinks at the bottom of my box a soul is released from Purgatory."  The Roman Catholic Church, however, accepts the stern doctrine of hell.  It remains a state of burning torture, for all those who have been disobedient.

But there is a modern theory of this "intermediate state" which we - who are of the household of Faith - know to be a false hope is now finding acceptation.  It states that many have lived and died in error and darkness.  There are those who through an evil inheritance or a hindering environment have had no adequate  opportunity to turn to Jesus.  This belief says that when we think of the alcoholic, drug addict, or child born in the gutter, surely it is not just to say that they are beyond the pale of God's mercy, but that there must be some condition of life and being, where they shall abide, and in which they shall be judged and purified.

Much is made of that passage in I Peter about our Lord preaching to the spirits in prison.  Consequently, there are men who fervently believe in this state of "the spirits in prison," and are assured that after a long time of tears and pain, they shall pass to Christ.

But, I am sorry, this theory of an "intermediate state" contradicts every conception of good as good, and evil as evil, and is entirely without support in the New Testament.  Jesus is entirely silent upon the matter.

More On The Doctrines Of Heaven And Hell
Comments

"For the weapons of our warfare are not carnal, but mighty through God to the pulling down of strongholds; casting down imaginations and every high thing that exalteth itself against the knowledge of God, and bringing into captivity every thought to the obedience of Christ." - 2 Corinthians 10:4,5 KJV

"To whom shall I speak, and give warning, that they may hear?  Behold, their ear is uncirumcised, and they cannot hearken: behold, the Word of the Lord is unto them a reproach; they have no delight in it." - Jeremiah 6:10 KJV

"The world cannot hate you; but Me it hateth, because I testify of it, that the works thereof are evil." - John 7:7 KJV

"For there shall arise false Christs, and false prophets, and shall shew great signs and wonders; insomuch that, if it were possible, they shall deceive the very elect." - Matthew 24:24 KJV

"...Many false prophets shall rise, and shall deceive many.  And because iniquity shall abound, the love of many shall wax cold." - St. Matthew 24:11,12 KJV

"Lest Satan should get an advantage of us: for we are not ignorant of his devices." - 2 Corinthians 2:11 KJV

"And they will deceive everyone his neighbour, and will not speak the truth: they have taught their tongue to speak lies, and weary themselves to commit iniquity." - Jeremiah 9:5 KJV

"For such are false apostles, deceitful workers, transforming themselves into the apostles of Christ.  And no marvel; for Satan himself is transformed into an angel of light.  Therefore it is no great thing if his ministers also be transformed as the ministers of righteousness; whose end shall be according to their works." - 2 Corinthians 11:13-15 KJV

"...Whose mouths must be stopped, who subvert whole houses, teaching things which they ought not, for filthy lucre's sake." - Titus 1:11 KJV

"For it is a shame even to speak of those things which are done of them in secret." - Ephesians 5:12 KJV

"He that speaketh of himself seeketh his own glory: but he that seeketh His glory that sent him, the same is true, and no unrighteousness is in him." - John 7:18 KJV

My Personal Promise To You

I am not ashamed of the Gospel of Christ: for it is the power of God unto salvation to everyone that believeth and because of this I will not walk in trickery, adulterating the Word of God, tampering with the gospel to make it less offensive, in order for men to commend me.  Instead, I will be faithful to the Gospel, manifesting the truth in order to commend myself to every man's conscience, with God watching...

Oops! This site has expired.

If you are the site owner, please renew your premium subscription or contact support.