The first important element in preservation is believer's baptism.  In Acts 2:38-41, Peter called upon his hearers to "repent and be baptized."  Why?  Because it is essential in preservation.  When these early believers were saved, they were immediately baptized.  This is throughout the Book of Acts.

Today, we often hear some people talk about the fact that a new convert has to "prove" himself before being baptized, but this was certainly not the case in the early church.

Acts 8:35-38 recorded the baptism of the Ethiopian eunuch: 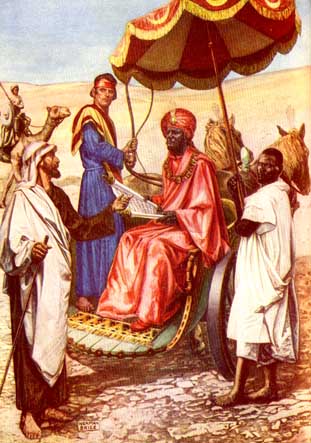 In Acts 10, there was baptism in the family of Cornelius: "Can anyone keep these people from being baptized with water?  They have received the Holy Spirit just as we have" (v. 47).

In Acts 16, Lydia was baptized after her conversion:

In the same chapter the Philippian jailer was gloriously saved and immediately baptized:

What is baptism?  It is a picture of death to the old life and resurrection to walk in newness of life (see Romans 6:4).  The truth of Scripture is you should be baptized as a confession of your faith as soon as possible after conversion.  First there is conviction (Acts 2:37).  Then there is conversion and confession (Acts 2:38).  Baptism is confession for the believer.  The reason many churches do not have preservation in their membership, even though they may have participation and proclamation, is because of a lack of empasis on the first step of obedience, which is baptism.

Why do Baptists emphasize baptism so much?  It is not because the water will wash away a single sin, but it is vitally important to spiritual growth and preservation.  If we are not obedient to the first step of Christian growth, how are we ever going to grow?  If we do not live up to the light God gives us, how are we going to expect any more light?  It is no wonder that more Christians do not grow in the grace and knowledge of our Lord.  So many say, "Well, I'm going to think about baptism for a while."  Baptism is an essential step in preservation and Christian growth.

What is true New Testament baptism?  It is best illustrated with the wedding ring.  While wearing a wedding ring does not make one married, it certainly is an indication that one has made that commitment.  Many people have been baptized before they made their commitment to Christ.  Believer's baptism follows our public profession of faith.

What then, is the mode of New Testament baptism?  The Greek word found here in the text is baptizo.  It means to plunge, dip, submerge, or put under.  It is used in the text no fewer than seventy-four times in the New Testament.  This particular word which means to put under is not only found in the New Testament, it is extensively used in Greek literature.  In Greek literature the word baptizo meant, in some cases, to suffer shipwreck, to sink, or to perish in the water.  The story is told of a Greek sea captain whose vessel was going down and he broadcast this "mayday" message, "Baptizo, Baptizo!" (I'm sinking, I'm sinking!).  Since our Lord has commanded us to be baptized, it is certainly imperative that we should desire the proper New Testament mode.  This mode of baptism is immersion.

The word in the original language, found in Acts 2:41, means to immerse.  It is as plain as the nose on your face when you read the Scripture.  We read that baptism required "much water."  Take for example John 3:23, "Now John was baptizing at Aenon near Salim, because there was plenty of water, and people were constantly coming to be baptized."  Baptism is described as "going down into the water."  "And he ordered the chariot to stop.  Then both Philip and the eunuch went down into the water and Philip baptized him" (Acts 8:38).

New Testament baptism is like a "burial" under the water.

"We were therefore buried with Him through baptism into death in order that, just as Christ was raised from the dead through the glory of the Father, we too may live a new life (Romans 6:4)."

The crystal-clear truth of Scripture is that baptism is by immersion.  And it should always follow salvation!  If you have not been immersed since your salvation experience you have not undergone New Testament baptism.  This is not the view of any particular church.  It is the truth of Scripture.  Baptism should take place after salvation and not before.  Note the order in Acts 2:38, "Repent and be baptized."  The same order is found in Acts 2:41: "Those who accepted his message were baptized."

There are churches which practice infant baptism.  Some churches baptize babies and very young children who have not yet had a genuine salvation experience.  Many of these churches use Acts 2:39 as a proof text which goes: "The promise is for you and your children and for all who are far off - for all whom the Lord our God will call."  They claim infants should be baptized.  But what does Acts 2:39 really teach?  Read it carefully.  Some take this verse and put a period after the word "children" so that it reads, "The promise is for you and your children."  Thus, they insist infants ought to be sprinkled; they argue that the blessings of the covenant are for them and their children.  But you cannot chop off a verse halfway and make it fit your own personal philosophy of theology!

What does this text actually mean?  It is pointing out that this covenant promise, "...whosoever shall call on the name of the Lord shall be saved" (Acts 2:21 KJV), is meant for you and your children...and for those who are far off  - the African natives, the negritos of New Guinea, the ebony-faced women of Ghana, the Eskimos in their igloos in Alaska, and anybody anywhere "to whom the Lord our God will call" is addressed.  Someone quickly replies, "but whole households were baptized in the Book of Acts."  Yes, but there is no scriptural reason to believe that in any case they did not first repent as Peter had preached in Acts 2:38.  And after they had done this, then they were baptized!

Imagine the effect on Jerusalem when three thousand people came out of the shadows to identify with the Lord Jesus Christ through believer's baptism.  It is no wonder the whole city was stirred and moved.  It is no wonder spiritual awakening came to Jerusalem.  The first step in preserving new converts is to see them through the waters of baptism.  Peter unapologetically and personally appealed to his hearers to be baptized.  Every church should exhort their converts to be baptized, not because the water would save them or wash away their sins, but because it is the first step in preservation, growing in the grace and knowledge of our Lord.  The truth is if we do not live up to the light God has given us, we can never expect to receive any more light.

Baptism is a means of identification.  There is a prevalent trend in our culture.  People today like to identify with certain things or persons.  Some people carry key rings with Mercedes Benz emblems.  People like to identify with their schools so they wear a class ring or sweater.  There are some who would not wear a sweater that did not have the emblem of Ralph Lauren.  There ae still others who are quick to identify with Rolex watches.

Baptism gives us an opportunity to do what we like to do.  That is, identify with something.  Or, rather in this case, someone!  Baptism is a means of identification.  It lets the world know we have identified with Jesus Christ.  The first step in preservation is baptism.

"For the weapons of our warfare are not carnal, but mighty through God to the pulling down of strongholds; casting down imaginations and every high thing that exalteth itself against the knowledge of God, and bringing into captivity every thought to the obedience of Christ." - 2 Corinthians 10:4,5 KJV

"To whom shall I speak, and give warning, that they may hear?  Behold, their ear is uncirumcised, and they cannot hearken: behold, the Word of the Lord is unto them a reproach; they have no delight in it." - Jeremiah 6:10 KJV

"The world cannot hate you; but Me it hateth, because I testify of it, that the works thereof are evil." - John 7:7 KJV

"For there shall arise false Christs, and false prophets, and shall shew great signs and wonders; insomuch that, if it were possible, they shall deceive the very elect." - Matthew 24:24 KJV

"...Many false prophets shall rise, and shall deceive many.  And because iniquity shall abound, the love of many shall wax cold." - St. Matthew 24:11,12 KJV

"Lest Satan should get an advantage of us: for we are not ignorant of his devices." - 2 Corinthians 2:11 KJV

"And they will deceive everyone his neighbour, and will not speak the truth: they have taught their tongue to speak lies, and weary themselves to commit iniquity." - Jeremiah 9:5 KJV

"For such are false apostles, deceitful workers, transforming themselves into the apostles of Christ.  And no marvel; for Satan himself is transformed into an angel of light.  Therefore it is no great thing if his ministers also be transformed as the ministers of righteousness; whose end shall be according to their works." - 2 Corinthians 11:13-15 KJV

"...Whose mouths must be stopped, who subvert whole houses, teaching things which they ought not, for filthy lucre's sake." - Titus 1:11 KJV

"For it is a shame even to speak of those things which are done of them in secret." - Ephesians 5:12 KJV

"He that speaketh of himself seeketh his own glory: but he that seeketh His glory that sent him, the same is true, and no unrighteousness is in him." - John 7:18 KJV

My Personal Promise To You

I am not ashamed of the Gospel of Christ: for it is the power of God unto salvation to everyone that believeth and because of this I will not walk in trickery, adulterating the Word of God, tampering with the gospel to make it less offensive, in order for men to commend me.  Instead, I will be faithful to the Gospel, manifesting the truth in order to commend myself to every man's conscience, with God watching...

Oops! This site has expired.

If you are the site owner, please renew your premium subscription or contact support.